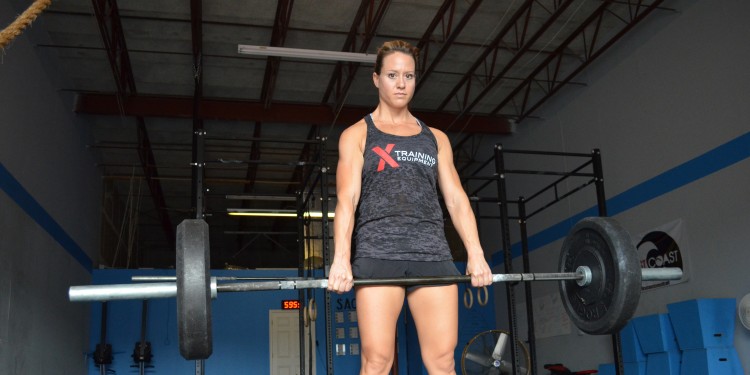 It’s one thing to be an incredible athlete, focusing all of your energy on becoming the best you possible. However, to do that and still find time to coach others to do the same is an entirely different feat in itself and Erin does just that on daily basis.

Q What would you say to the women who are intimidated by thought of doing Crossfit?

A I would say that the reason I love Crossfit is because it’s the only sport where you are cheering for the last person finishing! There is nothing like this culture, and although walking through those doors may be the hardest thing you do, it will be the best thing you ever do as well! I would say that Crossfit has nothing on having a baby! If they can do that, be a mom, they can do anything! Crossfit is nothing if not scalable, and modifiable for each individual… Attack it where you are and grow from there! You have to start somewhere.

Q The Crossfit games continue to become more and more difficult, specifically this past year some of the required lifts were heavier than ever. Do you think this is hurting the future of the sport?

A That’s a hard question…..as a “small” competitor, of course it’s hard for me to love the heavy weights… but as a realist, its exactly what you said…. It’s now a SPORT, a true sport… and in order to compete in this sport, you have to be strong enough to compete against nationally ranked olympic lifters and fast enough to rival sprinters! Sometimes I think that it’s getting too crazy and that it has to cap out somewhere but then Chris Spealler always comes to mind…He’s 150lbs and competes with the big boys… He’s the man! If these people didn’t amaze us at how they are able to compete on all levels, it wouldn’t be Crossfit… We wouldn’t watch them on ESPN…

A I like to consider myself a Crossfit purest… I try not to get wrapped up in programming for everyday months or even weeks in advance… so my typical day varies (since routine is my enemy)… I have things I like to hit within the week but really I try to mix it up as much as possible. For instance, this week… I got up Monday and it was so beautiful that I had to go for a run so I ran until I didn’t want to run any more, then I had a couple clients and hit a strength WOD and 11am- just oly lifting and a short met com… then the WOD at Ragnarok looked fun so I jumped in with them at 5pm… I will usually hit 3-5 workouts a day but as far as what they are or how long they are, there really is NO routine! I just get up that day and try to hit whatever I can with whatever time I can! And of course I’m a believer that abs are made in the kitchen, so I eat as clean as I can!

A I LOVE HAMBURGERS!!!!!!!! I seriously have a problem… I can bypass all the fries and what not but please give me a hamburger. Then I have to finish that off with a blizzard- with heath bar and m&m’s. I am a true sucker for that!