A Boston Marathon Unlike Anything We Could Have Imagined 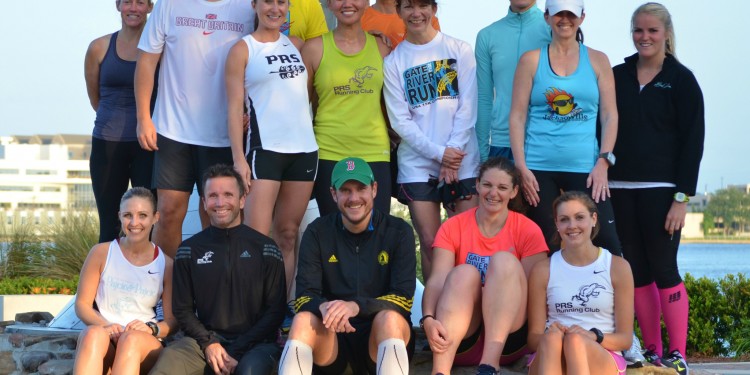 I’ve been a runner since I was 16 years old. These days I put in more than 100 miles per week. While I’m running, I try to stay aware of my surroundings—traffic, people around me, stray dogs, pot holes… But something happened on Monday, April 15, 2013 that completely changed my entire view of truly being safe.

A group of 20 PRS Running Club members and I traveled to Boston to compete in the Boston Marathon, most of us for the first time. Just qualifying to participate in the oldest and one of the best-known road races in the world is an amazing accomplishment. And the feeling of standing at the starting line with more than 26,000 runners from around the globe is an experience that cannot be adequately described in words.

The race was even more challenging than expected: 26.2 miles of curves, hills, drops, not to mention the swarm of runners that surrounded us, but we prevailed with each of us finishing in less than four hours. I can’t help but think being cheered on by 500,000 spectators along the route had something to do with it.

After completing the race, our group went back to our hotel about a mile from the finish line. Not long after, a friend called and said he’d heard about the bombing: I thought he was playing a terrible joke.

Unable to leave our hotel, we were glued to the TV. I couldn’t believe what I was seeing. At a time when we should have been celebrating a monumental accomplishment, we were watching hundreds of people—people we had just been with minutes before—struggling for their lives.

I will never forget the images that I saw that day, the feeling of utter chaos and confusion, the sense of incredible loss. What happened that day is something I could have never, ever imagined happening. Not in my worst nightmare.

The next morning my girlfriend, Lydia, and I went for a run. We wanted to prove that we were not going to let the attackers “win.” And most important, we ran in silent tribute to those who lost their lives that day and those whose lives will forever be changed by these events.

Train for your Body Type: What are you Morphing Into?

J-ville to Louisville: I am an Ironman: Month Two

J-ville to Louisville: I am an Ironman: Month Two