A Run a Day… Keeps the Marriage Counselor Away 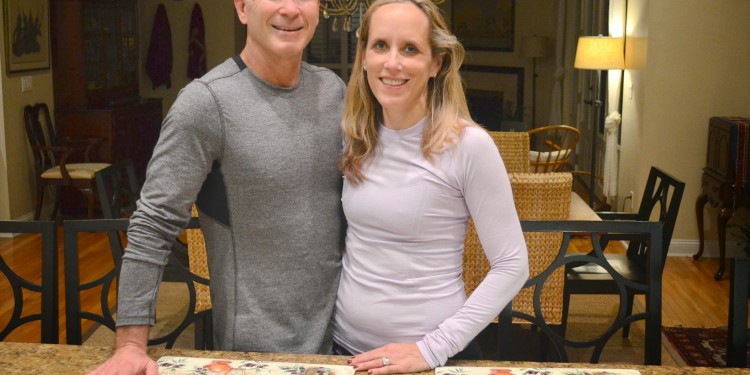 Meet Bill and Elizabeth. They’ve been happily married for 31 years, and when asked if they ever have “marriage encounters”, the answer is YES. They’ve established a protocol though that differs from most marital advice – TAKE IT OUTSIDE. For over 20 years, they’ve been lacing up running shoes instead of combat boots and taking discussions outdoors, where they can workout muscles and workout problems. Bill and Elizabeth talk to 904Fitness about how talking through issues on a run has played a role in their relationship success.

At what point during an argument is it time to go for a run?
Bill: After I have had my coffee!
Elizabeth: Although, this can add to the discussion because he is so slow to get out the door.

What’s the benefit of running and arguing?
Bill: You can direct your emotion to the road instead of your partner and you know that the discussion and the run will both end at some point.
Elizabeth: You aren’t focusing directly on the person. Usually by the time the run is over we have worked it all out.

When arguing on a run, does the pace pick up?
Bill: When we talk about work (like will we move to Spain?) things tend to speed up. But after the first five miles, I’m out of breath, so Elizabeth does most of the talking.
Elizabeth: That’s when most of the problems get solved!

Do you have an “argument run” PR?
Elizabeth: I guess it would be when I agreed to coach Bill for the Berlin marathon. It was to celebrate our 25th anniversary, but I fired myself five times.
Bill: And I begged her to come back. At the beginning of the race, we argued about the pace which she said was too fast. Well, we crossed the mat at the halfway point together … then she finished 45 minutes ahead of me! I guess she won that argument!

Do you have a most memorable run together?
Elizabeth: I still remember a run in Costa Rica (2001) when we talked about whether or not I should get my Ph.D. and another in Peru deciding if we should go live in Jordan or Jacksonville. Arguing or not we have made all of our major life decisions while running.

Playground Workout AKA The "Playout"