Bev Cable: The Hard Work Dedication Story of the Month 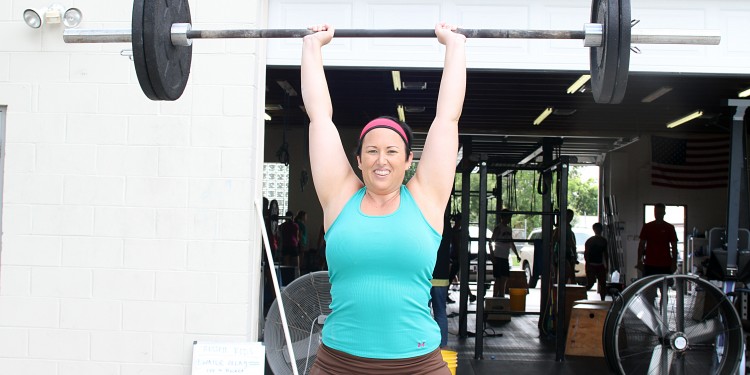 You know those defining moments in life? Bev Cable’s happened when she weighed 230 pounds. She never really defined herself as overweight, but she did when ‘it’ hit her. “I just decided, alright, it’s time. I’m going to do something with myself,” she says.

The road that finally brought her to that realization was a tough one. She is the mother of twin boys. Six years ago, her husband was diagnosed with an incredibly aggressive form of Leukemia. He died before the year was out, leaving her alone to raise nine-month-old Logan and Dylan.

The five-year anniversary of her husband’s death was in April of last year “I needed to quit mourning the past,” she says, “and move on. But I knew that when I moved on it had to be with a new me.”

It took her until February to work up to it, though. “My friend kept talking about this CrossFit,” she says, “and I told her, oh no. That’s WAY to intense for me.” But then she saw the results her friend had, so Cable worked up the nerve try a WOD (workout of the day) at Crucible CrossFit in San Marco.

“I was so intimidated,” she remembers, “it took all my nerve to get here and do the work out.” It was a deadlift/burpee ladder. “I did a modified version of the movements,” she says, “but I had never been so sore in my whole life” She says that was an eye-opening moment. “my abs were sore and we didn’t even do sit ups,” she says, “at that point I wanted nothing more than to whip myself
into shape.”

So she went all in.

She joined Crucible CrossFit, went through its fundamentals class, changed the way she eats and now exercises six days a week. “I am so sore all the time,” she laughs, “but that’s how I know my body is working and I have accomplished something.” 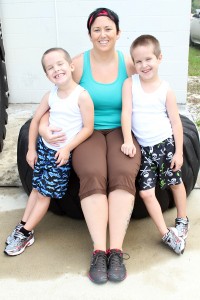 In the past four months Cable has accomplished a lot more than just experiencing muscle soreness. She’s lost twenty pounds, made more friends than she’s ever had and hits personal records on almost every workout. She has a knot on her head from doing the handstands she never thought she’d do and a bruise from the double-unders she’s starting to master.

She wears those failed attempts like a badge of honor. “I went into work,” she says, “and the nurses asked me what those whip marks were from. When I told them about my workout they thought I was crazy,” she says. But those same nurses also gave her high fives when she came screaming from the scale after losing four pounds last week.

Bev is still often the last one finished with a workout. There are plenty of skills she has yet to master, and she’ll be the first to tell you that. “I’m just glad I can finish the workouts,” she says, “because there was a point where I couldn’t.” She currently has the biggest gains in the gym on her Olympic lifts.

Now, she’s addicted. She goes to the gym every day. On Saturdays, she brings the twins to Crucible’s CrossFit kid’s class. “They love it,” she says as they swing from gymnastics rings and pull up bars, “It’s something we get to do together.”

Getting to the gym takes a lot: a lot of time, a lot of sacrifice, a lot of help from her family, But “it’s worth it,” she says, “because it has changed
my life.”

And when she says it’s changed her life, it’s not in the cheesy way you hear someone talk about their new vacuum. It’s in the an all-consuming, thank goodness I did this way. “I was going crazy,” she says, “ I needed something other than work and kids to do with my life.”

CrossFit has given her something to hold on to, a group of people to support her and a way to pull herself out of a dark time in her life. With one commitment she’s found empowerment and friendship. “I have made more friends since I joined Crucible than I ever have,” she says, “ and I grew up here.”

Now, Cable looks forward to coming to a gym that once intimidated her. Friends cheer her through a workout while the twins do a WOD of their own. The whole family lingers after it’s all over because CrossFit has become such a positive part of their lives.

The challenges Bev met and conquered at the gym have given her confidence to do the same in real life. “ I’m ready to date again,” she says. She’s just waiting on the right guy. Her blood pressure is down, she’s fast to smile again and she’s finally becoming the woman she’s been missing for the last six years. When she finds that man, he’ll be lucky.