Brandi Acree – On a New Road 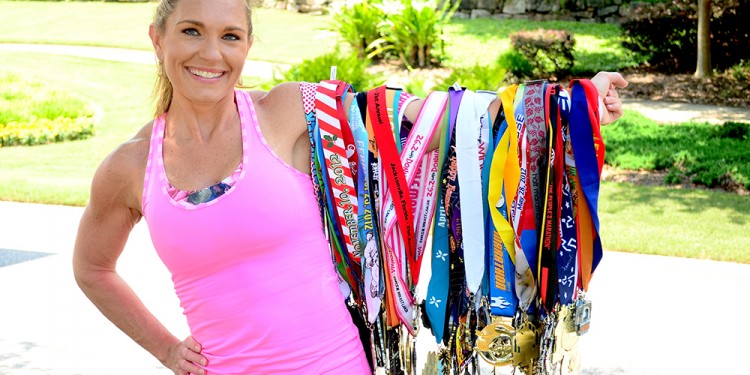 Having always been a bigger girl, I thought it was normal. It wasn’t until the scale hit 327 pounds that I realized I was “overweight” yet in reality I was morbidly obese. I guess I knew I was overweight, but now I realize how big I really was. I’d lose a few pounds here and there, and yes, I tried every diet out there. Every obese person says that, believe it or not it is sometimes true.

I tried the diets but never stuck with them and never led the recommended “healthy lifestyle” that went with the diets. I ate salads, reduced fat foods, and drank diet sodas. I did lose a few pounds, however it only got me into the mid 270’s and did not change my lifestyle. Although I ate salads, I didn’t realize that some of them contained over 1000 calories! It wasn’t until I was in line at a local restaurant getting my daily snack that I wondered why I wasn’t making progress. I had two carts in front of me, so I whipped out my phone and looked up the calorie content of my daily snack of 2 reduced fat blueberry muffins. To my amazement, each muffin had 460 calories! I thought about it and realizedmy snack was over half of the recommended daily caloric intake. From that moment on I learned the lifelong lesson of moderation; not starvation, deprivation, or fad dieting- but moderation.

I began eating less and exercising more, the weight finally started to really come off. Exercise at that time was simply walking at night which eventually brought me down to 230lbs- which was actually a huge accomplishment looking back.

During a break at work, a girl was telling everyone about a recent Disney race she completed, the medals she received and how she had plans to do another. Being of similar stature, I thought to myself, if she can do it, so can I! I signed up do to the Inaugural Wine and Dine relay with my new running mentor- granted I had never run a day in my life…

Training started shortly there after, (well that’s what I called it)- I didn’t make it to the end of the driveway before being out of
breath and nearly keeling over! But I didn’t let that stop me. I did what I could, running one house length at a time and walking two, eventually building my way up from there to run street to street and then minute intervals.

My first race was a 5K in Texas, it took me almost an hour- but I finished. I continued to train and completed the Disney Wine and Dine relay and I survived! But the strangest thing happened as I ran that race I felt a strange sensation, I now know that it was the always sought after “runners high”! Since that day I haven’t stopped running or setting new goals. However my goals have escalated from weight loss to healthy living and striving to achieve my best.

I ran my first marathon that following January and have since knocked an hour off of that time. In 2012 I ran my first of many
50 milers and started training for my first 100 miler, which I completed in 2013. I have lost over 55% of my body weight through healthy eating, exercise and a lot of tears. Through hard work and perseverance I continue to set and reach new goals while trying to inspire those around me to do the same. So many times we get caught up in fad diets, and false advertisements that we forget the simplicity of the process- eat properly and exercise. It’s not easy, it takes self control, you have to be strong and willing to do the work. I have an excuse for every day of the week- “I have 3 kids”, “I work.”, “I’m tired.”, “I have to make dinner.”, and the list could go on! But the truth is, I had to dig deep and not give up. I had to not be ashamed or embarrassed of what I looked like but swallow my pride and suck it up!