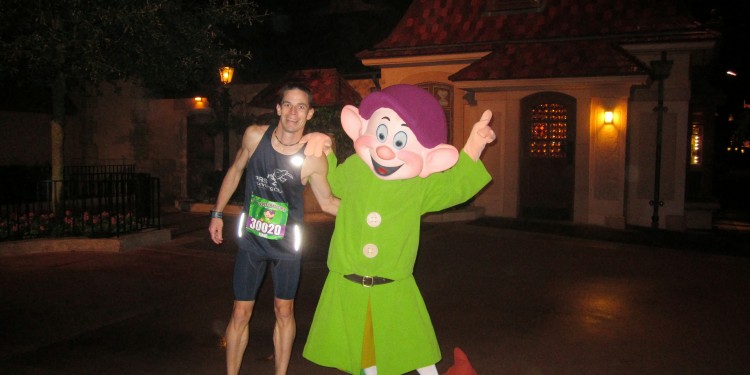 Some of us never get to witness firsthand the front runners in all their glory. However, if you’ve been running in Jacksonville in the last few years, you’ve probably seen a marathon champion in training. Marc Burget is a local runner with an impressive race record, but you’d never know it by his humble demeanor.

Marc runs truly for the love of it. Before racing competitively, he’d quietly averaged around 40 miles per week for the last 20 years. It wasn’t until the PRS “beat the leprechaun” challenge that Marc realized he should test his running abilities. He beat local running coach Paul McCrae (aka the leprechaun) in a race, to win a year’s membership with PRS. Marc’s training with Paul proved successful when he won the Space Coast Marathon this year in Cocoa, FL with a time of 2:42:32.

When asked if he thinks genetics or training played a part in his race wins, he responded, “It’s probably a little of both”. Although Marc trains more than most, he also loves running more than most. Instead of touting medals, Marc is proud to show a few photos from the Disney weekend. He and his family love Disney and have the big-smile pictures with characters to prove it. For Marc, running is a lifelong enjoyment and challenge, whether he’s competitive or not.