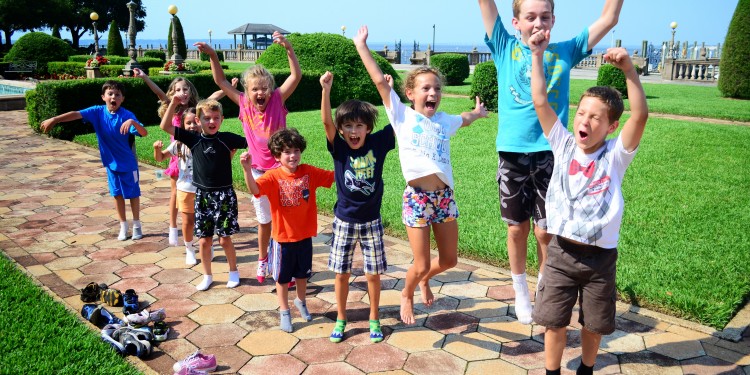 I don’t know about you but I am a huge fan of the television show Shark Tank! Not long ago I saw this idea on there and just had to share when I found a franchise here in Jacksonville.

Games 2 U is exactly what it sounds like. They bring the games to you, with a variety of untraditional options, most of which keep you moving. Last month I got to see them in action at Epping Forest where they entertained a large group of kids during part of their summer camp.

They brought 3 games; Hamster Balls, Beat the Bucket and Laser Tag. My favorite was the hamster balls, giant inflatable spheres that you can race or just roll around in. You may have seen these at a Sharks game during halftime. They are awesome!

Beat the Bucket was a nice way to cool off. In this game one player throws water-logged foam balls at two targets in an attempt to trigger a bucket to tip and soak the second player on the other side of the targets. The bucket automatically resets and refills which I thought was pretty cool.

Then there was Laser Tag. I don’t thing this game ever gets boring but because of my superior aiming skills, developed from my earlier years of duck hunt, I sat this one out.

As the kids continued to play I had an opportunity to speak with the owner, Rich Elam.

He said, “this is what it’s all about, kids being able run around like kids are suppose to, not playing video games all day.” Rich has been in the military for 30 years and his wife 28, so physical fitness wasn’t something new to them. Rich said, “After coming back from deployment I was amazed at how little there was for kids to do outside and that’s what really inspired my wife and I.” “And now” Rich says, “there isn’t a kid or adult I’ve met who hasn’t loved it!”

Home Is Where The Health Is

Sink Into Something New

Tips and Tricks for Picky Eaters