How to save your shoulders and steer clear of shoulder injuries 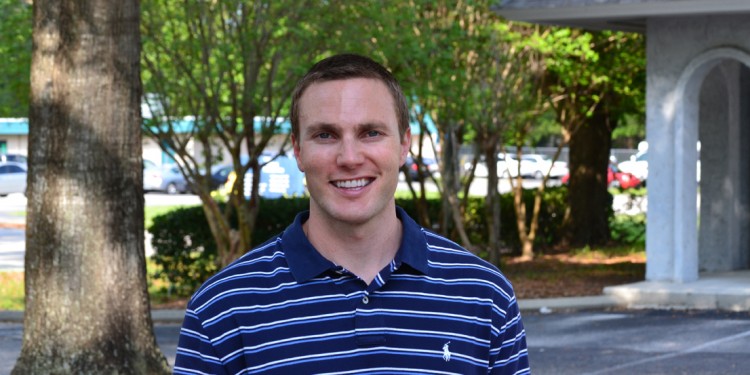 At some point or another, if you exercise, you’re going to suffer from an injury. I know this first hand, second hand and if I had a third I’d know it that way too!

Our bodies have limits but as athletes we’re always trying to push those limits. The trick is to learn from others’ mistakes rather than our own, allowing us to break those limits without breaking our bodies. Instead of waiting at the gym for someone to get hurt, so I could ask “how did it happen?” I spoke with Dr. Chris Land, an avid Cross-fitter and local Sports Chiropractor, who has seen plenty of injuries. Since shoulder injuries are some of the most common, he gave me a “101” session on the shoulder, but I felt like I was in an anatomy class at Harvard. So, I’ll just share what I was able to pick up. The shoulder consists of four different muscles. These muscles are known as the rotator cuff, which many believe to be one muscle; however, it is made up of four muscles, the supraspinatus, infraspinatus, subscapularis, and terres minor. 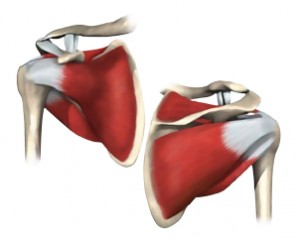 The majority of shoulder injuries occur because of an imbalance of strength between the rotator cuff muscles. For example, the guy you see in the gym every night doing the bench press. He’s just begging for an injury by overworking his chest and (say it with me) Sub-scap-you-lare-es. Sure, at some point he may be able to crawl under your Honda and give it a lift in the event your car jack doesn’t work. In the long run though, the neglect of his back and (In-fra-spa-nat-us) will leave him with a muscular imbalance that causes his shoulders to pull forward. This new posture limits range of motion and can cause friction between the muscles and bones of the shoulder, eventually leading to injury. This same problem is also very common amongst those with desk jobs, constantly hovering over the keyboard. The same position is required all day long and repeated on the drive home, creating a muscular imbalance.

Please note: There are many more muscles working than mentioned above. We’re just keeping it simple.

Stand flat against a wall. Raise your arms and hands over your head. If you can’t keep the back of your palms on the wall the entire time you probably have a muscular imbalance.

Now we know one of the causes of shoulder injuries… How do we fix it? It’s actually pretty simple! If your shoulders are pulling forward, strengthen your back and stretch your chest. If you perform the few exercises below on a REGULAR BASIS, you’ll be sure to ward off a muscular imbalance and lessen your chances of an unneeded shoulder injury.

If you’re looking for quicker results or believe you have already suffered from an injury, Dr. Land is the guy to talk to! Being one of few in Jacksonville who is able to utilize a modality called Active Release Technique (A.R.T). This technique is known to resolve soft tissue issues in about half the time of traditional approaches. Thanks for the info Dr. Land. Before any exercise, always be sure to warm up!

How much water should you be drinking everyday?

From the recliner to the finish line