I faced a different kind of adversary.. and won 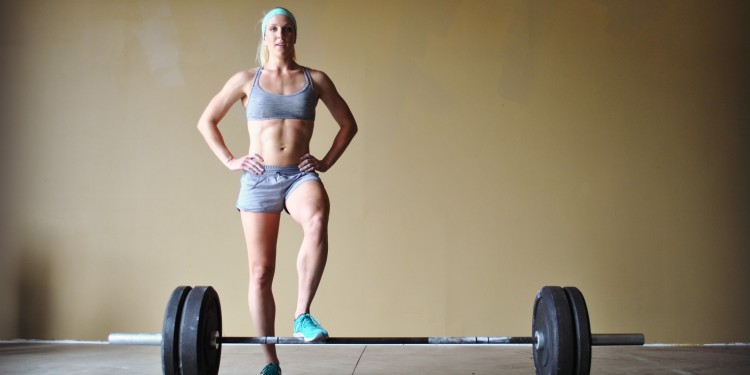 Four years ago, my life was turned upside down. In August 2008, I began experiencing severe joint pain and fatigue, to the point where it was difficult to function. Several doctor visits and dozens of tests later, no one could pinpoint the problem.

Two months later I began running a high fever and had excessive fluid in my lungs. Once admitted to the hospital, doctors were finally able to make a diagnosis.

An autoimmune disease, lupus takes on several forms and can affect any part of the body, but most commonly attacks the skin, joints, heart, lungs, blood, kidneys, and brain. When the doctors informed me there was no cure – only medication to help suppress my immune system and ease the pain – I was devastated.

How am I going to live a normal life with this disease?

In the first 18 months after the diagnosis, the answer was, “not well.” Despite being a young woman in her twenties, it was a chore just getting out of bed and walking down the stairs. I vividly recall times when I’d have to use a wheelchair to go watch my brother’s football games.

Finally in 2010, I began to feel some relief. My doctor confirmed that my medication was working and tests revealed that my Lupus was in a non-active state. For the first time in three years, I was able to move more freely, I felt more active, and actually started working out.

The following year I discovered CrossFit. The specialized weightlifting movements, high-intensity workouts of the day (WOD) and the general competitiveness were captivating. I knew I’d discovered something that would change my life.

I soon joined Bold City CrossFit and quickly realized this was more than just exercise for me. I was mentally ready to take it to the next level, which included competing at Regionals
in West Palm Beach last April. But would I be ready physically?

It was a long shot, but I was determined to give it all I could. Under the direction of Nathan Long, I added special programs to my regular daily workout.

The CrossFit Open Competition started in February. In order to qualify for regionals I would have to place in the top 60 after completing five required workouts. To my surprise, I ended up in 58th place in the Southeast Region! Having made this much progress in such a short amount of time, I wanted to know that I’d done everything I could to prepare. Over the next month, I worked out twice a day, followed the Zone Diet, and even became CrossFit certified. As the day was drawing closer, I started to see my dream become a reality. I can really do this!

When the day of the competition arrived, I knew it was my chance to showcase all my hard work – not just to the audience, but to myself. For three days, I had to complete six workouts, each one more difficult than the previous one.

As it turns out, a little luck and a whole lot of determination let me sneak into the final 18 … 18th place to be exact!

The sixth workout was especially intimidating because it included doing muscle-ups, one movement I’d not been able to do. During the warm-up period, I mentioned this to the other athletes – they quickly banded together to teach me how to do a muscle-up. After several demonstrations and my failed attempts, the warm up was over.

Before I knew it, we were being called back for the last competition. The workout consisted of 3 rounds of 7 deadlifts and 7 muscle-ups. Nervousness and anticipation engulfed me, and I hoped this additional rush of adrenaline would carry me through.

I did it … I really did it! My first very muscle-up! Though I’d only been able to complete one. It was an incredible moment for me, and I was ecstatic. The sixth round ended and I remained in 18th place, unable to complete the final workout but it didn’t bother me at all. I’d gone far above my greatest expectations. 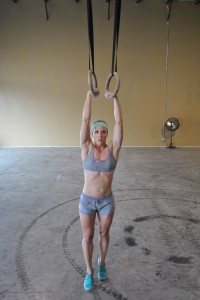 I left Regionals with an indescribable feeling of joy, especially when I reflected back upon the goals I’d accomplished. In addition to dealing with the Lupus, my father passed away after a battle with cancer.

At that time, it seemed as though things couldn’t get any worse – or any better, for that matter. But it was the work ethic my dad instilled in me that kept me going, and I know he’d be very proud of the person I’ve become.

I am so grateful that God has soothed my pains and given me this unforgettable opportunity that has changed me and my outlook on life. Today, I am strong and healthy – and I know this is just the beginning.

There is a great a peace that comes as a result of taking care of your body, and I know I would not have been able to accomplish this goal without the support of my family, friends, and coach.