Passion or Problem? Can Running Become an Addiction? 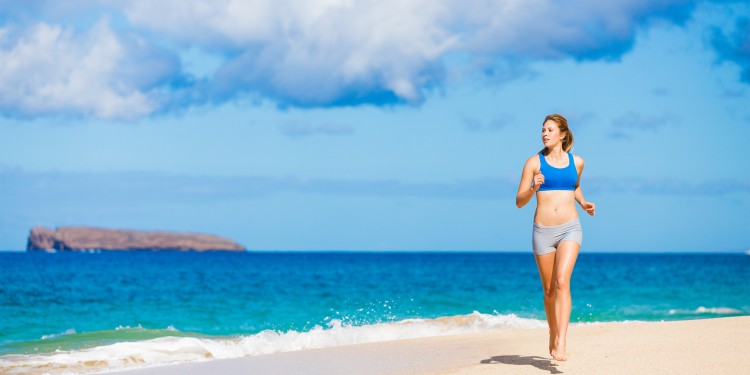 Since the “fitness boom” of the 1970s much has been written about the benefits of physical activity in particular aerobic activities such as running. Everywhere we turn, we hear that we should exercise more. And with good reason given all of the physiological, psychological, and social benefits of being physically active. Does an activity associated with so many benefits have the potential to be harmful?

For a very small number of people (about 0.4% of the population), physical activity goes into overdrive and becomes an addiction. Rather than exercise enhancing people’s lives, it ends up assuming a life of its own. Each of us has a unique tipping point beyond which continuing to sweat, lift, push, or pull does more harm than good. People addicted to exercise continue to keep going despite injuries, mental issues, social obligations, and physical exhaustion. They may even watch their careers crumble, and their family and friends drift away because exercise is their top (and sometimes only) priority.

It is important to emphasize that while exercise may represent an addictive behavior for a small number of people who engage in it to an extreme and unhealthy level, habitual exercise (including long distance running) is not inherently abusive. Just because someone runs long distances like half marathons, marathons, and even ultra-marathons does not mean that this person is addicted to exercise. It is the compulsive need and pathological motivation to exercise that distinguishes someone from a regular runner, to a highly committed runner, to an addicted runner.

To determine the extent of an exercise addicts’ suffering, criteria have been developed. Outlined below, at least three of the following seven criteria must apply for an exerciser to qualify as addicted.

The runner needs to increase the time spent running or the intensity of the workout to achieve the originally desired effect (e.g., better mood, more energy). The amount of exercise that once sufficed no longer makes as much of a difference.

In the event a runner can’t squeeze in his preferred routine as planned, negative moods like anxiety, depression, anger, and frustration often creep in. Addicts may also feel compelled to exercise just to offset these negative feelings.

Despite planning only to spend thirty minutes on the elliptical or treadmill, a running enthusiast might spend upwards of 50 or more minutes in motion.

Even with the awareness the exercise schedule is getting out of hand, an exercise addict is either unable to stop or cut back. More reps are added and more miles are run, even if the exerciser wants nothing more than to go home, have dinner with family/friends, or sit on the couch and relax.

A large chunk of an exercise addict’s time during the day is devoted to physical activity. Vacations often fitness-oriented (like ski and camping trips), employment may be exercise-oriented (like working at a gym or being a personal trainer), and reading material is largely fitness-related.

Non-fitness related activities fall by the wayside. Time spent relaxing with friends or family is truncated to make more room for exercise. What once brought an exercise addict fulfillment may seem like a nuisance because it gets in the way of his or her run.

Sprained ankle? Achy knees? Sore muscles? A high fever? Exercise addicts often push past pain and illness to finish a workout – even against their doctor’s orders.

It’s difficult to separate healthy exercise from obsessive exercise. Meeting some of the above criteria doesn’t necessarily mean you’re an exercise addict. A lot of people with a healthy attitude towards exercise, choose to become trainers, work at a gym, run marathons, and even ultra-marathons. It’s when exercise becomes all consuming — when you start losing friends, forgoing social activities or reneging work opportunities — that your workout schedule becomes cause for concern. In most cases running and other types of exercise is great for the body, the soul, and the mind. But for a limited number, the passion can turn into a problem.