Restore and Renew Your “Hard Work Dedication” Body with Food

As you are working out, to keep that “Hard Work Dedication” body, it is naturally releasing lactic acid and other inflammatory properties from the cells. According to a study in Toxicology Journal (2003), exercise can generate oxidative stress, which can cause the body to be unbalanced with less anti-oxidants available to fight free radicals. Prolonged oxidative stress (AKA inflammation) has shown to be linked to various chronic diseases such as cancer and Type 2 diabetes.

While a person is aerobic exercising they use two primary fuel sources in the body, carbohydrates and fats, which convert into energy (ATP) through the process called oxidation. During the process of oxidation, not all oxygen atoms bind with hydrogen, therefore ending up as free radicals. Our bodies are designed to stay in an oxidative balance, with equal number of free radicals and antioxidants, which are free-radical inhibitors. However, the body can go into a state of oxidative stress when antioxidants are not at equilibrium.

Most studies are showing that acute or sporadic exercise can cause more oxidative damage than a trained body, Therefore, regular exercise in the long run can enhance antioxidants’ ability to fight free-radical damage. In addition to regular exercise, eating a balanced diet high in anti-oxidants may help keep your body from chronic inflammation and/or prevent chronic inflammatory diseases. Try some of the following anti-inflammatory foods to fuel and re-fuel your body before and
after workouts. 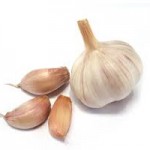 According to Ban et al. their study in 2009 demonstrated that thiacremonone is the main component for the anti-inflammatory properties in garlic. This novel sulfur compound from garlic; inhibits expression of NF-κB DNA-binding activity. 1 clove of garlic a day either minced, sautéed, added to sauces and or flavoring for marinating meats and or seasoning veggies may help with inflammation. 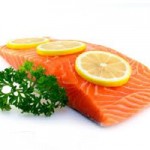 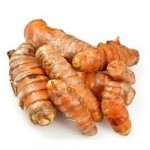 These spices are also known for their anti-inflammatory benefits, due to their natural powerful anti-inflammatory compounds. A report in the August 2007 Biochemical Pharmacology stated these compounds typically used in southern Asian cuisines are usually better absorbed in the bloodstream with cayenne pepper. You can brew your own ginger tea by using a peeler to remove the outer skin off a piece of ginger, then add several thin slices to a cup of hot water and let it steep for
3 minutes. 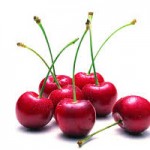 Cherries are also low on the glycemic index and packed with antioxidants. A study in the April 2006 Journal of Nutrition showed that eating cherries daily (1/2 cup) can significantly reduce inflammation. An abundance of antioxidants known as anthocyanins are found in blueberries. Polyphenols appear to inhibit the production of inflammation. 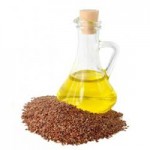 Flaxseed oil (AKA linseed oil) is one of the most widely available botanical sources of the n—3 fatty acid ALA (Alpha-linolenic acid). These are essential fatty acids, meaning they not synthesized by the human body, but are vital for normal metabolism. According to Bartram’s Encyclopedia of Herbal Medicine, flaxseed oil contains approximately 55% ALA, which makes it six times richer than most fish oils with n—3 fatty acids. 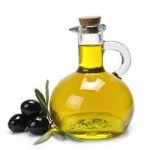 Another, good anti-inflammatory oil is oleic oil from olive oil. 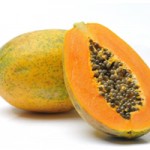 One half cup of ripe papaya provides 40 calories and less than 1 gram of fat. It’s a good source of antioxidants and B vitamins. Papaya also contains 300% of the RDA of vitamin C. Papaya seeds and pulp both can be eaten and are full of antioxidants; sometimes they are used as an analgesic and anti-inflammatory in patients with rheumatoid arthritis. 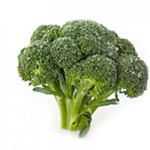 Cruciferous vegetables are some of the following: broccoli, cauliflower, Brussels sprouts and Kale. These vegetables are loaded with antioxidants such as Sulfur. About ½ Cup of these veggies cooked a day will help with inflammation. 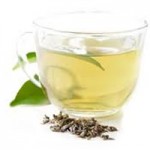 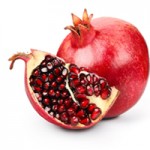 Pomegranates are high in antioxidants. Most of the pomegranate’s micronutrients are found in the seeds called aril. A 100mL of pomegranate aril juice provides about 16% of an adult’s RDA of vitamin C and it’s a good source of vitamin B5 (pantothenic acid), potassium and other natural phenols.

Pomegranate’s main microbiota-derived metabolite (UROA- urolithin-A) in colitis has shown in some animal studies that UROA could be the most active anti-inflammatory compound derived from pomegranate ingestion in healthy subjects.

Michelle earned her Masters of Science in Health from UNF in 2008. She
specializes in renal nutrition and currently works with in-center hemodialysis,
outpatient peritoneal and home-hemodialysis patients at DaVita Dialysis.
Michelle's passion for food and caring for others started at a young age and
continued from early college while earning an AS degree in Culinary Arts
Management from FSCJ until now she uses her cooking skills and
knowledge of food to help her patients find creative ways to live on a renal
diet/lifestyle.

Getting to Know September’s Featured Instructor: Tetyana Boyeva from Pilates on 3rd