Update from the Trenches: Month Two Of Filming “It’s Huge” 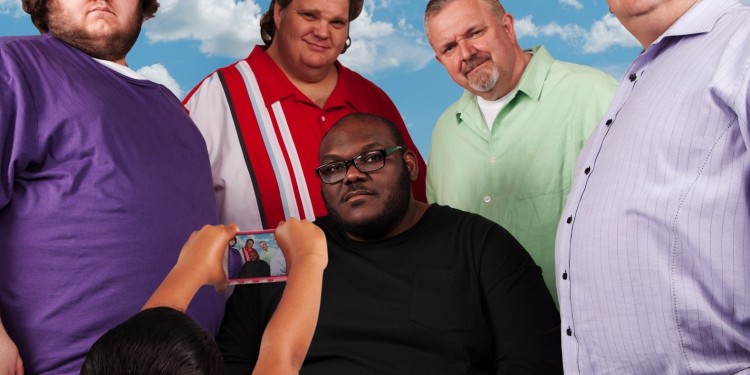 The first few months of filming for “It’s Huge: Five Men’s Journey from Obesity to Freedom,” has been: HUGE. We are delighted these guys are already seeing some results loosing up to 16 pounds and inches off their waists already: But it’s been work. Some are off to a slower start in ways, but this is not a race, and they are overcoming years of negative habits that have kept them trapped in an obese body. We are all about liberating them from their fat suits so they have a happy and healthy life.

The focus as a yearlong project has been to make small changes slowly and build up onto bigger things. Our team of professionals is being kind and gentle in firmly nudging the five guys in a new direction. So the emphasis has been on nutrition and cleaning up eating and Mindfulness including cleaning up thinking! Sounds easier than it actually is but the guys are finding out: It really does work.

“Even though I had been following program at Weight Watchers for the last year, I think that now I am even more aware of certain foods & food choices that I am making.
I’ve learned to love spinach & kale in a smoothie. Also working on reducing the amount of artificial sweeteners I use.” Said David Hicks who has been fighting to lose weight for years. “I’m back into moving more as well. I’m sweating.”

“I’m encouraged with the results of the changes I have made. I expected to be a lot more hungry than I am and that I would miss and crave the foods I’m no longer eating. I have found that I’m not. It is still a struggle to choose the right foods and taking it one day at a time. But continuing to learn as I go.”  Drew Bell tells us. He is making huge strides in loss already. Before Drew started the program the only veggie he would eat was corn!

Getting grown men to eat their veggies took some coercion by Nutritionist Marian Thompson. But they are on board now.

“The questions I am hearing from the guys confirm that their thoughts and attitudes about what they are eating are changing. Some are asking what are best choices in a restaurant, and  how to prepare vegetables at home that they’ve never cooked. I hope they are finding out that preparing meals, green drinks, or salads can be fun! Plus, they feel better, sleep better, moods are better…all of it.” Thompson adds that keeping it fun is important with so much weight to lose.

Jane Young Hill as mindfulness coach is introducing the men to new territory too.

“There is a struggle to be sure going on about mindfulness in the group as a whole.  It is foreign territory and like many who undertake a practice, I believe they worry they will do it “right”. Those who find they have busy minds, feel a mindfulness practice is impossible “for them.”  “For them,” it is what they need more than anything else.” Says Young-Hill.

Check in with us at our website www.itshugedoc.com for the updated story.

Home Is Where The Health Is

Tips and Tricks for Picky Eaters