What to Get Her for Valentine’s Day 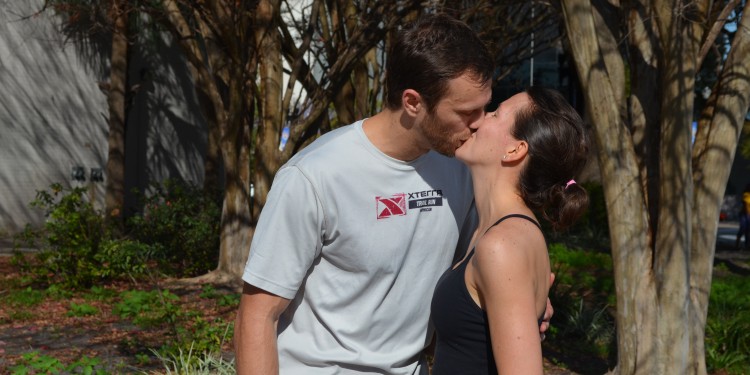 Of course all of the typical things – flowers, candy, jewelry; But if she’s into fitness, these few suggestions just might be the icing on the cake.

The first thing to do is to identify the type of relationship that you have. If you’re considering getting her a Valentine’s Day gift, your relationship probably falls into one of the following 3 categories.

If you’re married or have been dating for an extended period of time, your go to “fit gift” is definitely pole fitness classes! You can’t miss here. You just told her she’s sexy and confident all without saying a word. There’s a new place called Bittersweet Studios that recently opened up on Southside. She’ll love it!.

Friends but she just got dumped

So you’re saying there’s a chance?! No, probably not but if you’re going to give it a shot… Boxing lessons for you my friend. The best thing you can do is give her a positive outlet for all of that emotion. The last thing she wants to hear are your Casanova lines… She’ll thank you for how good she feels later and after a few months of hitting the bag she just might give you a chance. There’s a new boxing facility that opened up on Beach and San Pablo, called Title Boxing. I’d start there but Jacksonville is home to a lot of good boxing or fighting clubs, Bull Dog Boxing, Chameleon MMA on Southside or Head Strong Boxing at the beach. You just want to make sure you’re the last thing she wants to hit.

Even if you can barely touch your knee caps, take her to yoga. You already know her so there’s not a lot to say. This is just a way for the two of you to spend time together and reflect. A time to think about change… More than likely you’re the one who needs to change and the fact you’re taking the class will show you’re willing. Radiance Bikram Yoga in San Marco can heat things up, Ananda Kula in Riverside can have you lifting her high with Acro Yoga or you can swim into relaxation with Big Fish Yoga at the beach.

Whichever you decide just know that you’re taking a step in the right direction. There are several studies that show couples that exercise together are more likely to stay together.

Are You Afraid to Run in the Dark?